Olympia is a Dutch employment organisation with over 200 franchises spread over The Netherlands. We were assigned to design their new headquarters and the shops, rethinking the way they work and defining the guidelines for their future shops. In several sessions with Olympia, questions were raised and the base for our designs was set. We first delivered the headquarters in Hoofddorp, a vibrant space that reflect and facilitate Olympia’s core values and archetypes. Traditional working areas are combined with flex spots and unconventional flexible zones, such as the training centre, a multifunctional space that can be used separately or be integrated with the areas around it when needed.

The starting point for this concept was taken from the book ‘a thousand plateaus’ published 1980 by the two philosophers G. Deleuze and F. Guattari. In their publication they define space as a combination of ‘smooth and striated spaces’. While the ‘smooth space’ is nomadic and fluid, the ‘striated space’ is state-oriented and static. And even if they differ fundamentally in nature, they can only exist in mixture. This definition reflects the two diverse natures of Olympia’s archetypes, the Explorer and the Everyman, and it was also used to define and express Olympia’s new brand identity. When wandering in the Olympia headquarters, one experiences this seamless mixture of smooth and striated spaces. 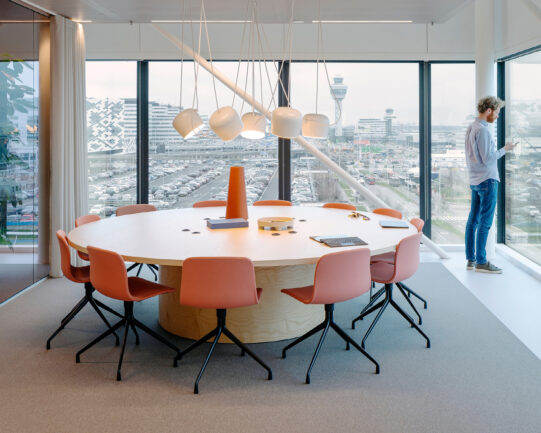 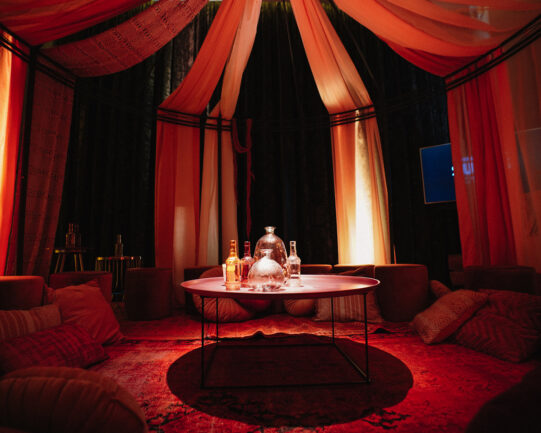 Symphony for the senses